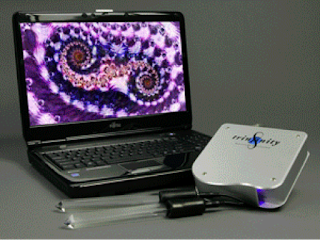 Since the inception of the Trinfinity8 System in 2009, many have commented that the technology, especially the use of crystal rods, feels very “Egyptian” and even “Atlantean” in nature. While the packaging has been modernized to fit the times, the purpose and intent of the Trinfinity8 crystal rods are quite similar to the ancient healing practices used in what was known as the “Temple Beautiful” during Atlantean times, and the sacred initiation practices carried out in the temples of early Egypt. During Ancient Egyptian times, “intercourse with the gods” first required special periods of fasting and purging in order to attain higher states of consciousness and spiritual oneness. The temple high priests performed rituals to prepare the pharaoh for intercourse with the gods which would be transformative and give insight into the universal forces in nature. Above all else, knowledge and wisdom was the ultimate goal.

This was not a quick or easy process. Physical and mental balance first needed to be achieved. This included the release of all fear, doubt and negative emotions. Doing so required a synchronization of the individual’s bio-energetic rhythms with the rhythms of the Earth’s energy systems.

To correct and synchronize a person’s bio-energetic rhythms with those of the Earth, the ancient priests used what was called the “Wands of Horus” (also known as the “Rods of Ra”). The Wands of Horus were used to restore inner equilibrium and harmonization of the person’s psycho-emotional state by using set vibrations known to activate the hypothalamus and the pituitary gland. This stabilization brought about a slowing of the auto-immune processes, having a positive effect on the person’s health and also on longevity.

The Ancient Egyptians believed that each person possessed seven energy bodies. We know about the existence of the ethereal body, the astral body, the mental body, and so on, but there is evidence that the ancient ones knew about the existence of several more energy bodies, which we hear little about today. The final energy body is the shell through which each person has direct contact with what we call “God” or the “Source” of all knowledge and energy.

The Wands of Horus were cylinders made of copper and zinc which create a galvanic effect. This, in turn, creates a magnetic and electrical field which acts effectively on one’s blood since it is made up of electrically charged particles. The stimulation by the electrical current formed between the Wands of Horus encourages ATP synthesis, thereby improving blood flow to the tissues and activating certain genes dormant in the molecules of DNA.

These cylinders were harmonizers of the two basic flows of energy which the Ancient Egyptians called BA and KA, corresponding to the Yin and Yang in Oriental tradition. BA and KA were the two component elements of the human entity and the two sources of human energy. The KA copper cylinder was used in the right hand (Yang masculine energy of the God Horus) and the BA zinc cylinder in the left hand (Yin feminine energy of the Goddess Isis). To regulate the energy balance of the body, the Ancient Egyptians often used various contents within the Wands of Horus.

During initial use, the Wands of Horus were filled with a special kind of white sand which had a positive effect on the person’s energy channels, gently activating them. As the transformational process progressed, large-grained quartzite crystal was added. Sometimes gold was added to the KA right cylinder and silver was added to the BA left cylinder.

Today, as in the past, self-correction and harmonization begins with the aid of required vibratory information. This stimulates the 6th and 7th energy centers which act on the central nervous system. From the central nervous system, an impulse passes to the hypothalamus to the hypophysis (the pituitary gland). This then passes on to the endocrine system, then to the organs.

The pharaohs and priests knew that in order to prepare for work within the pyramid and to gain the capacity to foresee the future, one must work with energy. They used their Wands of Horus daily throughout their life and never went anywhere without them.

When one uses the Trinfinity8 crystal rods, much like the Wands of Horus, they immediately pass their own electricity on to them. The human organism is very much like an electrical generator. A mild excitement of the crystal lattice takes place, increasing the piezo-electrical energy level of the crystals and all the informational codes flowing through to the cells of the body.

The Trinfinity8 crystals were fashioned to have four sides, with ends that are double-terminated to correspond with pyramid energy. Inside the black holders both copper and zinc are used as resonators. The goal, like in ancient times is to effect harmonization and balance of the energy bodies. Upon achieving that state, anything is possible..

Love,
Kathy
Posted by Kathleen Bradley at 2:43 PM No comments: