You Can't Take Your Baggage With You 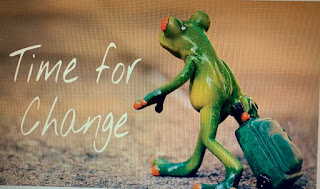 For a moment imagine you've been carting around allot of baggage. It's heavy and you've become weary. You may not even have been aware of it, as it's so familiar to you. What is the baggage? Beliefs that you have taken on as your own. We have all of these beliefs. What if everything you believe isn't true?

As this shift of consciousness accelerates and many wake-up there will be much confusion and disorientation as the old patterns of consciousness fall away and new choices are made available. Building a conscious platform of well being to allow yourself better choices and less engagement with the confusion is a necessary choice for a smooth transition into a higher level of consciousness and your own personal ascension. How can we let go of the baggage and move into the higher states of awareness?
When you look at the world and what you want - look at what you’ve got.  We’ve been given a set of beliefs that are not our own. What do I mean by that? Every thought you have of “I’m not Ok” is a belief system that you’ve taken on as your own. These belief systems really come from someone else, such as your parent, teacher, friend or priest. It’s truly not your stuff! But you've been unknowingly carting this baggage around with you.
All of these beliefs reside in the subconscious mind. The sub conscious mind is similar to the basement in your home. The sub conscious consists of all of these limiting thoughts and emotions that live below the surface. The limiting beliefs can be released, but first we need to bring them up from the basement to create an awareness of them, and then we can chose to release them.

When you release these sub conscious limiting beliefs, you are left with your true Divine Essence …You are Love. Pure and simple, you can’t not be love. You were made in the image and likeness of God, and you’ve temporarily forgotten, the Love you are. You spontaneously know the limiting beliefs of "not being good enough" or not being “OK” are thoughts and emotions that no longer serve you.

It’s similar to a beach ball. If we take a beach ball and submerge it, the ball will continually pop up. The ball cannot be held down. And so it is, with your thoughts and emotions, if you don’t have an awareness of them, how can you possibly address it? The other term for this may be your “shadow side”. We feel if we don’t look at it, it’s hidden and we don’t have to deal with it. The opposite is true. Whatever emotion and thought you are looking to shove or push down, will come up again and again, by our “teachers” who come along and push our buttons.
If you continue to fight for your limitations, you will be creating more work for yourself. Specifically, if you let the rational mind or ego dictate that it has to continue as it always has, then you will rub against yourself and it will be very uncomfortable.
We are at an unprecedented time and the Heavenly realm is initiating a quantum shift of energy, vibration and consciousness for all humanity evolving on earth. You are being supported as you let go of that which no longer serves you. 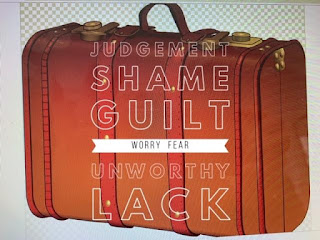 Release and let go of self judgement, blame, shame, guilt, doubt and unworthiness. Empty out the bag as it has become heavy and wearisome. Allow yourself the freedom to live your life unencumbered as a sovereign masterful being of love. Enjoy the Journey!

Kathy
Posted by Kathleen Bradley at 10:30 AM No comments: