The origin of Spin within the Universal Consciousness

I found this article to be very informative and wanted to share it with you.
Enjoy!
love,
Kathy


The origin of Spin within the Universal Consciousness

In nature, if we observe well, there is a pattern and a mechanism repeating in everything from microcosm to macrocosm. From the particles describing by the Scientists to the planets, galaxies and even further in scale, there is no doubt the effect of the spin is present. The fundamental question, what is the origin of Spin which is universal ?

Historically, the origin of Spin has been debated, and was very difficult to interpret in the genesis of quantum physic. The introduction of particle physics, including the electron, was one of the path to interpret the spin. By attempting to introduce a physical description, the electron’s structure, as well as its spin, had been a mystery. Although, it was recognized to be a quantum phenomenon, there has been no successful physical description, or any suggestion of its origin. In Dirac’s theory, the measure of the spin of a particle is in angular momentum, like rotating objects of human size. But it was recognized that the spin is purely a quantum phenomenon, and its value was assuredly independent from the properties of the particle (mass and angular momentum). Other spin properties are found to be related to properties of the electron’s quantum wave function, that is mirror or parity inversion (P), time inversion (T), and charge inversion (C). For example, the quantum operation CPT on a particle is found to be invariant, CPT= {Charge inversion} x {Parity inversion} x {Time inversion} = an invariant. This study returns to a proposal that was popular sixty years ago among the pioneers of quantum theory: namely that matter consisted of wave structures in space. Thus, it was proposed that matter substance, mass and charge, did not exist but were properties of the wave structure. ¹

What could be the origin of spin ?
Above all, what is Spin ? Circular motion is classified as spin or orbital motion. Spin is supposed to be motion of an object around its center of mass.  If this “physical” object is actually a quantum wave, circular motion can also be related to a number of cycles per second or frequency. As we have seen in the previous articles, geometry is related to frequency. Then, the nature of spin within the universal consciousness should be understood through geometry.
Everything is interconnected within the Universal consciousness through Energy, which means vibration and transportation.  Firstly, it is important to consider the spin to be a quantum phenomenon, and an universal mechanism observed in everything, from microcosm to macrocosm.
As above, so below, the universal consciousness follows the same pattern in matter of distributing Energy and gives birth to the Infinite Grid connecting every thing together, through Yin-Yang dance. With this description, there is no really “physical” objects isolated from others. As we have seen in the previous articles, the Universal consciousness is an Infinite Energetic Grid, where everything else is affected if somewhere on the Grid has been affected. Then, the description of physical objects acting independently and separated from each other is not really in accordance with the holographic fractal nature of space-time, working only with Energy, vibration waves.

The Torus, fundamental shape, in rotation generated from sacred geometry.

The Infinite Grid begins with a simple pattern, the circle, symbol of the Infinite cycle, with no beginning and no end. The circle is also the perfect pattern showing the rotation around a center. To understand the spin within the universal consciousness, it is interesting to consider the spin as a motion repeated through the fractal nature of geometry.
This leads to the next question, what does the circle in rotation generate itself ? Rotating a circle about a line tangent to it creates a torus, which is similar to a doughnut shape where the center exactly touches all the “rotated circles”. The rotation begins with a circle which itself generates a succession of circles in rotation. Then, as we know sacred geometry is a fractal holographic pattern, it results that spin dynamics is repeated through the latter.


Sacred geometry (then space-time itself) and spin dynamics are intrinsically linked to its nature within the universal consciousness.

The construction of Sacred geometry begins with the circle, geometric pattern of spin :

Then, the spin effect for the circle itself gives the vesica pisces in first step :

Step by step, the spin of the circle builds the seed of life, important compound of the flower of life, with the six circles around, although the presence of the seventh circle in the center is built to put forward the fractal holographic nature of sacred geometry and is connected with the other seeds of life near by.

The shape of the torus projected in 2D begins to appear when a sufficient number of circles is built around its center, which is actually another form of the seed of life :

And finally, rotating a circle about a line tangent to it shows clearly the torus shape :

The seed of life is still present in the torus :

There is no loss of information from the beginning of the construction. Now, if we build the fractal holographic nature of sacred geometry with six torus in hexagonal shape, it is interesting to observe the result. By mirror effect, which means any torus is the mirror or symmetry of each other by rotation, we can see clearly how the lines are interconnected each other in the picture below. It could the fundamental energy field in which each line is a quantum wave. There is no energetic gap in this configuration.

This picture above was realized with the software KaleidoTile.
When we observe the geometric pattern in the center, that’s exactly the fundamental geometric pattern of sacred geometry formed, the double tetrahedron as we have seen in the previous articles. That’s the MerKaBah described by Ancient Egypt, the energetic field found from microcosm to macrocosm, and which is intrinsically related to the origin of spin in everything.

Other researchers already published interesting articles about it. Concerning the golden spiral in the flower of life, here is an interesting work I found :
Sacred geometry – Fibonacci sequence – Geometric proportions
And about the Torus and its torsion, on “Spinors, Twistors, Quaternions, and the “Spacetime” Torus Topology”,  Rauscher, E.A., and Haramein, Nassim’s paper shows how fundamental the torus shape is to all spinning movement in the universe.
Another article to read here in which the author Michael Winn makes the approach between the qi and the torus shape, Daoist Qi Science Vs. Western Science: Which is more real? What’s Role of Daoist Qigong & Inner Alchemy in Emerging Science of Consciousness?
A photo above, an ancient ceramic torus with eight I Ching trigrams inscribed on it. It shows how far the torus has been known as the fundamental pattern of the universal consciousness. The number eight is also related to the double tetrahedron, the Merkaba of Ancient Egypt with the frequency of 8 Hz.

When we apply the holographic fractal nature of geometry for the Sun flower, which contains the entire information of spin effect {rotation + spiral = torsion}, the software KaleidoTile generates the picture below :

Everything is following the yin-yang dance, which is the nature itself of space time, geometry, the Universal Consciousness. The rotation around a center which is the dance of joy and love in the universe. And this center itself is following the same universal dance. Nothing is isolated within the Universal Consciousness. That’s an universal choreography expressing Love and Unity itself.
¹ The Physical Origin of Electron Spin – using quantum wave particle structure. Milo Wolff, Technotran Press. Website : http://mwolff.tripod.com/body_spin.html
² The picture comes from the article :
Toroidal space
Dynamic expressive surface topology
© Salah, Glastonbury, UK

Posted by Kathleen Bradley at 9:45 AM No comments:

Time for Your Unique Genius to Bloom 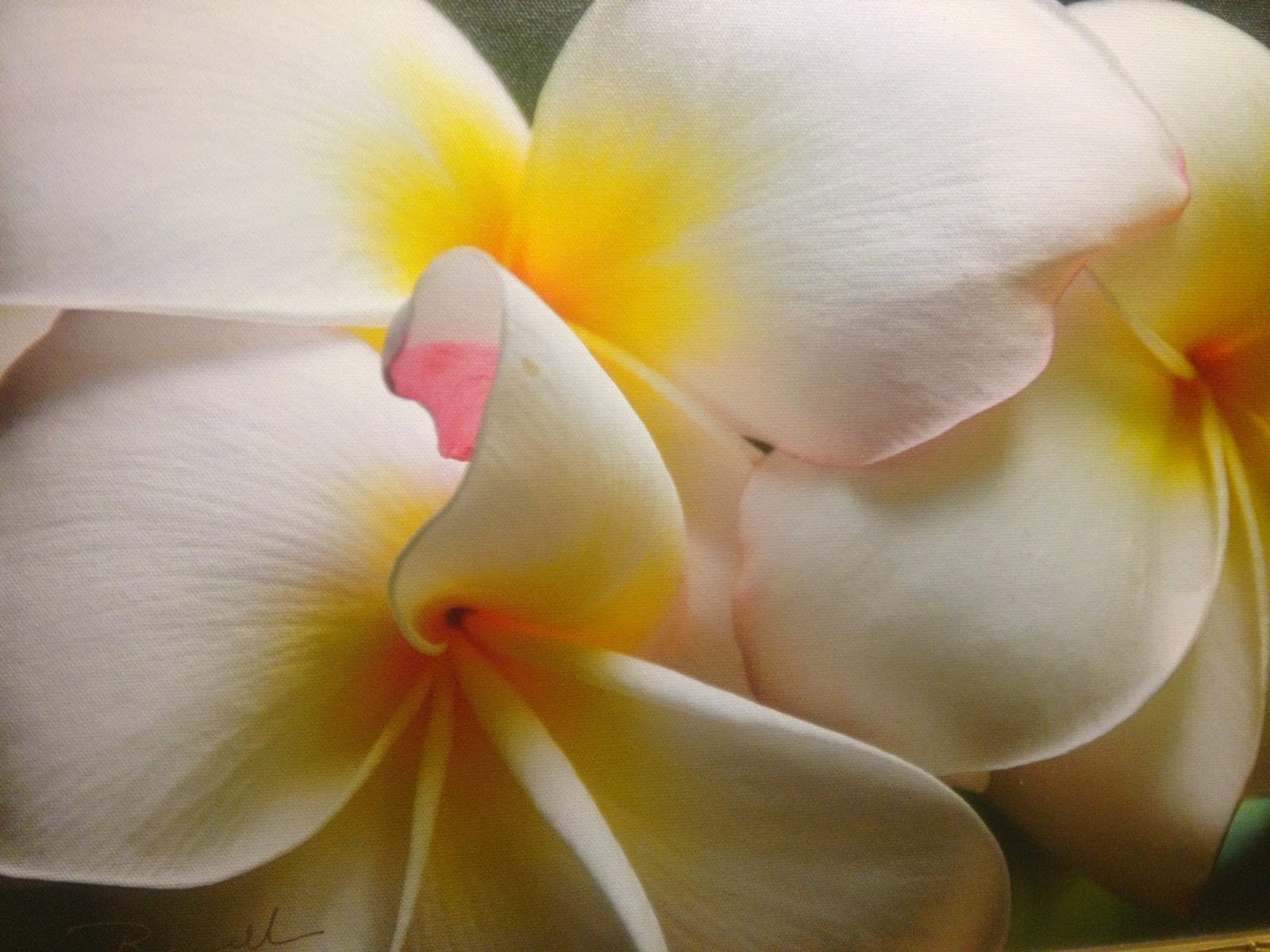 Embrace this moment as you are the Creator of your life.   It is time for your unique genius to blossom.  See this moment from a new viewpoint offering you a "clean slate" upon which you will cast your many colors, shapes and brush strokes, words, sounds and energy to design a whole new beautiful expression of you.  So, have lots of fun and mix up those colors because this, this moment, has never happened before and there is so much available right now.  Let it all flow through you and trust the process.

It is human nature to create.  That's why we are here, to create something unique and original.  I remember the message in Leo Tolstoy's story about Ivan Illyich as he is lying on his death bed and in a moment of clarity, he sees that he has not, after all, lived well and asks "What if my whole life has been wrong?"  As Wayne Dyer said "Don't die with your music still in you."

This present moment is the perfect time to find out what makes your heart sing.  We are each unique, and are given varied gifts and talents.   What gifts reside in you, and are just waiting to come out? Drop down from your mind and tap into your sacred heart space, to see what gems are glistening and sparkling just waiting to be brought out and shown to the world.

Reconnect with the knowing that you are love, and that miracles really can pour into your life and that you have the power to create the life you have envisioned overflowing with magic and miracles. There are forces supporting you as you move into your mastery.  Brainstorm and take your beautiful ideas to fruition. Be purposeful, intentional and powerful.  Step out of the box.

PS: For more, check out my Events page for the class "Awaken to the Love You are"

Posted by Kathleen Bradley at 8:26 AM No comments: